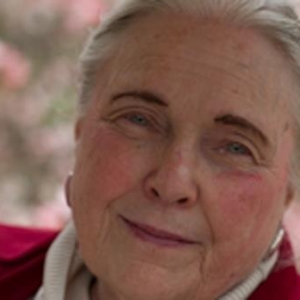 Founder of the Duke University String School and Director Emeritus

Dorothy Kitchen began her studies at Eastman School of Music, finished Phi Beta Kappa at Case Western Reserve University and took her Master's Degree from Brandeis University. She also studied at the Longy School of Music and at the University of London on a Holden Prize Fund Fellowship.

Her teaching experience has spanned forty years, beginning as Director of Children's Chamber Music at the Longy School of Music in Cambridge, Mass., to twenty-three years of intensive summer chamber music camps. She has done many workshops throughout North Carolina, taught for fifteen summers in the Camp Musicale de Leogane, Haiti, and for eleven years at UNC-Greensboro. She was the Youth Chamber Music Professor in Lima, Peru for the IV International Festival. She has served as state chairman for North Carolina Music Teachers Association, as a judge for Allstate orchestra, has given master classes at UNC-Greensboro, Methodist College, Appalachian State University and Virginia State University.  She received the Award for Excellence in the Teaching of Music from the North Carolina School of the Arts and the North Carolina Symphony's Maxine Swalin Outstanding Music Educator Award.

Mrs. Kitchen as been a Board Member for the Durham Symphony, and currently she is the Co-Artistic Director of the St. Stephen's Concert Series and an associate board member of KidZNotes.