The Duke University String School was founded in 1967 by Mrs. Dorothy Kitchen and Mrs. Arlene DiCecco. Mrs. Kitchen directed and grew the program for 48 years. Erica Shirts became director in 2015 and we celebrated the program's 50th anniversary during the 2017-2018 school year.

The History of DUSS

In the beginning, there was a small, prefabricated building left over from WWII. It was where the beautiful brick condos on Markham Avenue are standing today. Arlene DiCecco of the first Ciompi Quartet asked me to begin a school with her, private of course, but space donated by Duke. I had 24 students then and she had eight.

Not long after forming our first orchestra of 8 people (where our first piece was “The Accordion” by Markwood Holmes), the Ciompi Quartet dissolved and new people were added. At the same time, Jack Blackburn, the Provost of Duke University, received a grant offer from the A.J. Fletcher Foundation, available only if Duke had a department for young strings only. Thus the Duke University String School came into being.

Paul Bryan began conducting our orchestra, and we had lots of fun. Our later ensembles were added as the school gained students of different ages and abilities.

Teachers also were added as the need arose. In the beginning, members of the Ciompi Quartet did some of our teaching. Claudia Warburg, second violinist of the quartet in about its 8th year, did great duo teaching for Cindy Smith and Nicholas Kitchen, both of whom have gone on to do music as a profession, one in public school and one on the world stage. We also had the honor of having a trio, coached by Claudia, be accepted into the Junior Chamber Division of the Coleman International Chamber Music Competition in LA: David Wu, Edward Wu, and Nicholas Kitchen.

We performed at the Forest at Duke, at Rotary Clubs, at Kiwanis, and other community organizations and schools. We participated in a statewide orchestra festival in Winston-Salem where Jason Lee played the Lalo Symphonie Espagnole, Mvt. 1. Many of our students did Allstate and we hosted both Senior and Junior High Allstate at Biddle, until the events became too large for our environment.

After Paul Bryan, we had numerous interim conductors: Fred Raimi, Janet Yarbrough, Michael Ching, Phil Magnuson, and then, since there was really no salary, I took over. I studied for a year with Allan Bone in his conducting class and, having been the Associate Concertmaster of the Greensboro Symphony, played in what is now COT (which my husband and George Taylor of the Ciompi Quartet started), at ESM and many other places. George Taylor, with many of our best players, started a small string chamber orchestra, along with the Youth Symphony.

One of our grandest moments came in December 1991 when we were asked to represent North Carolina at the White House during the candlelight tours. We have a T-shirt with our logo on it, the clef with 5 lines to mark it. We were given a dinner at the Museum of History by Howard and Emily Reisner, and many other parents including the Stuart-Moores and Dorothy Bone contributed to our expenses. We looked great and we sounded even better. Pat Riley was our mentor with his wife Laura, as his two girls were cellists in the orchestra.

During this time, and for many years, I had been the String Section Director for NCMTA (North Carolina Music Teachers Association). Among our state winners were James Dargan, Kara Poorbaugh, Joshua Faciello, Aria Cheregosha, Jessica Sun, and Mark Walter. We had many Honorable Mentions, two were Mauri Bardales and Dayna Neo. Our only winner who went to Nationals was Nicholas Kitchen, who later became a Presidential Scholar in the Arts.

About 20 years ago, I transferred what had been my private summer string beach camp into DUSS Summer Camp. Stephanie Swisher, my former student now teacher, helped me. The numbers grew so rapidly that I added staff regularly. Bone Hall was our center. As we grew, we moved then to ever-welcoming St. Stephen’s Episcopal Church where we have been for the last 10 years at least. We created a laureate logo for the front of the camp T-shirts and have been using it ever since.

We joined forces with the Durham Symphony for one concert, and have had many students win their solo competition: Brigitte Condoret, Erica Huang, Andrew Bonner, Rebecca Telford-Marx, are among those I remember.

For seven years, I took a group of students with Sally Bostley to Haiti to the Camp Musicale at Leogane, Haiti. Shelley Livingstone took a group to Bolivia.

We have had Master Classes with David Moskovitz, Kristopher Tong, Yvrose Michelle Auguste, Ara Gregorian, Emanuel Gruber, and many others, and were privileged to have the Miro, the Borromeo, the Daedulus and of course the Ciompi play for us.

I must not forget the chamber music particularly as it started in such a strange way. Ruth Blum, then the head of Chamber Arts, came to me and said she had a fine violinist who spoke only Russian and asked me whether we could use her. All I could think of was my experience in Haiti, where my French was so poor, but my musical intentions so clear (and often in Italian). So, we started Olga Talanova creating a chamber music program and it worked. We have done so many things, including Transfigured Night and works by Golijov, along with more traditional repertoire.

We asked Robert Ward to write a piece for string orchestra and children’s chorus and did it with Scott Hill and her Durham Children’s Chorus: “The Lamb”, based on the poem by William Blake. We also did Steve Jaffe’s violin concerto, the first movement, which he had written for Nick and the Greensboro Symphony. James Dargan did a fine job on the solo part.

Then came music theory: Susie Greenberg pointed out to us that we needed a theory class and presto: we had one. She taught it for several years before Matt Stutzman took over.

For two years, Daniel Raimi did a jazz improv class with violins, bass, and guitar and they performed in a local restaurant.

From seemingly nowhere, adult winds appeared along with young ones. It was difficult to have regular young players, as there were so many band festivals and football games, and of course Allstate activities. However, we have had some brilliant young winds, Adam Cutcheon, flutist, among them.

Important to mention: the school could not have existed without Giorgio Ciompi and the many changing members of the Ciompi Quartet. They continue to provide inspiration and role models. Eric Pritchard, now first violinist for many years, and Jonathan Bagg, present violist, helped form the committee which made the continuation of DUSS possible. There is no way to express adequate thanks to them…I myself had the good fortune of studying with Giorgio, who also taught my son.

As you can see, the 48 years of DUSS have been full. I have not listed our kids who played in the Carnegie Hall extravaganzas in chamber music and orchestra, but there have been many, Federico Morris, Melody Lin, Aria Cheregosha, Michael Gao, Matt Lee, Elliot Kuan, Enoch Kuan, Vincent Lai. This year others will try. Jayon Felizarta was second laureate in the Erich Bergel-Dorothy Kitchen International Violin Competition in Celtau, Romania and chosen to solo with the Greensboro Philharmonia under Peter Perret.

I have had my share of awards, and they hang on my wall. But my joys are my students, many of whom still keep in touch. The history of any school is its people as well as its activities and organizations. I am proud to have begun this school and hope for it to continue long after I am but a memory. 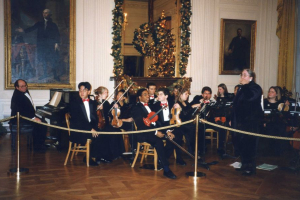 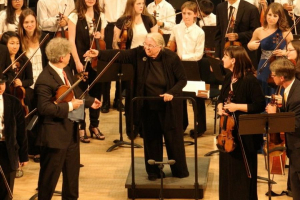 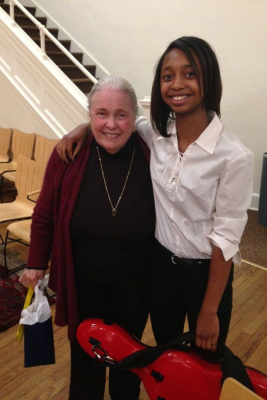 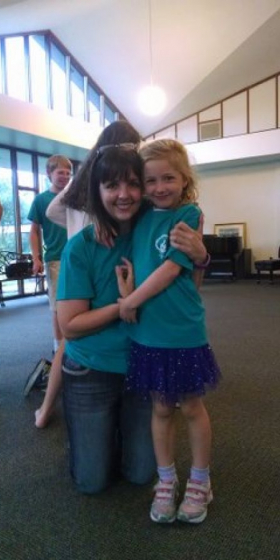 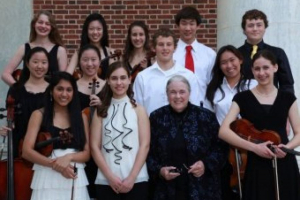 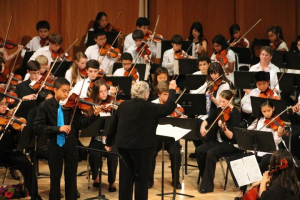 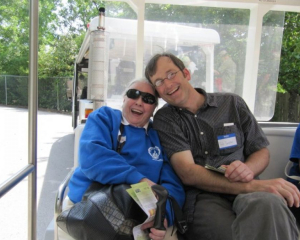